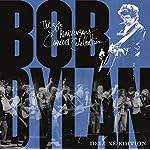 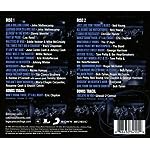 On October 16, 1992, New York City’s hottest concert ticket was the live gathering of musical giants, legend and archetypes who’d come to Madison Square Garden to celebrate the 30th anniversary of Bob Dylan’s first Columbia Records album and play a selection of Dylan songs from culturally iconic (John Mellencamp’s no-nonsense “Like A Rolling Stone”) to bootleg obscure (Lou Reed’s acerbic take on “Foot of Pride”) that had moved and inspired them over the decades.

Dubbed “Bobfest” on stage by a jubilant Neil Young, the 30th Anniversary Concert Celebration reached a transcendent crescendo with an unforgettable performance and all-star jam featuring the evening’s honoree.

Viewed anew from a 20-year perspective, Bob Dylan – The 30th Anniversary Concert Celebration – Deluxe Edition is a remarkable testament to the enduring legacy and ongoing musical influence of Bob Dylan. That valedictory gathering from more than 20 years ago proved to be a mid-career retrospective of a recording artist and performer who continues to inform and transform the cultural landscape.