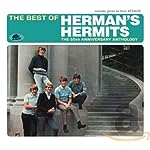 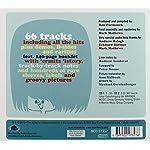 EU-only two CD collection with 140-page booklet. Herman’s Hermits were one of the most successful artists of the beat music revolution. This is the first comprehensive audio documentation covering their entire career.Includes classic recordings, demos, first time true stereo mixes and session ephemera. Considerably comprehensive booklet with liner notes, biographies, photos, and Herman’s Hermits discography. In a recording career which began in 1964 and spanned seven hectic years, Herman’s Hermits registered more than 30 worldwide chart entries. Led by vocalist, Peter Noone, Herman’s Hermits became one of the most consistently successful artists of the beat music revolution. Although hugely popular in the U.S., U.K., Germany, Holland, Australia, Japan and the Philippines, their legacy has never been fully documented until now.