A Christmas Carol: The Musical 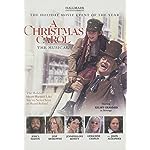 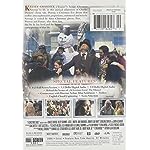 A musical setting for Charles Dickens’ A Christmas Carol is a natural, and this holiday TV-movie (based on the Broadway version) generously crams music into its quick spin through the venerable story. Kelsey Grammer uses his musical pipes (and some of his “master thespian” style of acting) as Ebenezer Scrooge, the man whose miserliness needs no introduction here. There’s some experienced musical-comedy talent in the cast, from small roles to large, with expert stuff from Jesse L. Martin (who was in Rent, the Broadway musical, before he joined the Law & Order team) as the ghost of Christmas Present and Jane Krakowski as the ghost of Christmas Past. Jason Alexander, another TV person with a background in stage musicals, does deftly as the chain-rattling Jacob Marley’s ghost (and his number is one of the most tuneful of the mixed bag of songs). Alan Menken, the veteran tunesmith of Beauty and the Beast fame, contributes the music, with lyrics by Lynn Ahrens (Ragtime); the bigger numbers are spirited but a little rote. (The Styne-Merrill songs from a wackier version of the story, Mr. Magoo’s Christmas Carol, are a more memorable bunch.) This version moves so quickly across the main points of the story that Scrooge’s redemption feels a tad rushed, but maybe the songs are supposed to be the point. Still, the razzle-berry dressing is missed. –Robert Horton