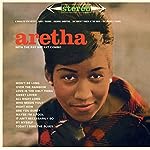 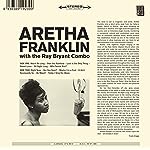 Arethas debut album for Columbia, Aretha (1961) [tracks 1-12], also known as The Incomparable Aretha Franklin, paired her with the talents of pianist Ray Bryant, who also served as the musical director for the session. The date was produced by John Hammond, whose resum at the time included work with Bessie Smith and Billie Holiday. At 18-years old, Franklins signature talents were already on display on tracks like Maybe Im a Fool and Today I Sing the Blues. When Franklin reprised Today I Sing the Blues on her Atlantic recording Soul 69 in many ways a tribute to that initial session it was clear that at this point she was a grown woman singing the song (today my storys a little different). We recorded her with five or six musicians, remembered Hammond, and although Aretha always insisted on having a rock drummer, she wanted only good, solid jazz players behind her.

Aretha Franklin With The Ray Bryant Trio Erreur : SQLSTATE[HY000] [2002] No such file or directory