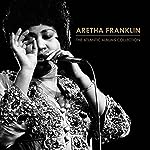 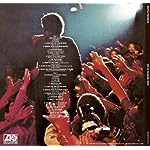 From humble beginnings touring American churches in her father’s caravan, Aretha Franklin has since been crowned the ‘Queen of Soul’ and is not only the definitive female soul singer of the Sixties, but also one of the most influential and important voices in pop history. Franklin fused the gospel music she grew up on with the sensuality of R&B, the innovation of jazz, and the precision of pop. After she hit her artistic and commercial stride in 1967, she made more than a dozen million-selling singles including “Respect,” “Freeway of Love” and “I Say a Little Prayer”, and since then has recorded 20 Number One R&B hits. Over her vast career, she has accumulated eighteen Grammy Awards, and become the most charted female artist in history. Unsurprisingly, she is regarded as being one of the best singers of the modern era, which paved her way into being the first female artist to be inducted into the Rock and Roll Hall of Fame in 1987. ‘The Atlantic Albums Collection’ houses 16 incredible Aretha Franklin albums in a beautiful 19CD clamshell box, each CD sleeve a replica of the original artwork in the unforgettable Atlantic branding. This boxset showcases some of the Queen of Soul’s incredible work including the phenomenal, ‘Lady Soul’, ‘I Never Loved A Man The Way I Love You’, ‘Young, Gifted and Black’ and the Deluxe version of ‘Live At The Fillmore West’ show. People Get Ready to Respect the Queen of Soul.