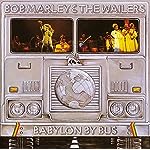 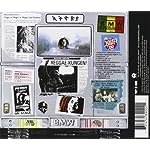 1978 live album from the Reggae legend. The tracks on this album, with two exceptions, were taken from the Pavillon de Paris concerts over three nights in June, 1978, during the Kaya Tour.

Bob Marley’s second live album, 1978’s Babylon by Bus, had to be pretty damned good to match the incandescence of 1975’s Live!. But with glorious performances on songs like “Punky Reggae Party,” “Jamming,” and “Is This Love?” Bob Marley and the Wailers came close to equaling Live!. Maybe there wasn’t quite the same amount of inspiration, but the Wailers had matured into a tight unit, and Marley was a charismatic performer, as this set captured only too well. And with Marley still at the height of his writing powers, there definitely wasn’t a dud song in the bunch. Not so much bus travel as limousine listening, this specially remastered edition makes the glory of the original release even clearer. –Chris Nickson