Birth Of A Legend: The Truly Complete Starday And Mercury Recordings 1954-1961 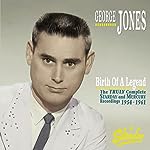 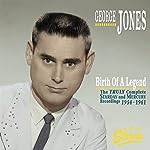 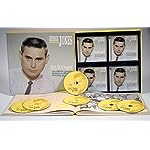 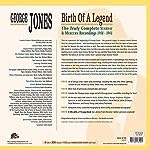 One of BEAR FAMILY’s most requested sets … ever!

The beginning of the greatest career in country music.

All of George Jones’ classic early recordings, including Why Baby Why, White Lightning, Treasure Of Love, Window Up Above, Tender Years, and twenty more charted hits!

Includes the Thumper Jones rockabilly single and all of George Jones’ soundalike recordings for DIXIE!

6 CDs with a 172-page book, featuring photos from the Jones’ family’s personal scrapbook!

Almost from the beginning of BEAR FAMILY forty years ago, there has been a steady flow of requests to reissue all of George Jones’ STARDAY and MERCURY recordings. They’ve been issued and reissued on scattershot compilations on myriad labels, sometimes rechanneled into fake stereo, sometimes overdubbed, sometimes edited, and usually without any logic behind the compilation.

As a first step, BEAR FAMILY founder Richard Weize asked Otto Kitsinger, Don Roy and Dave Sax to try to take the first shot at a discography of George Jones’ early recordings. That was more than twenty years ago.

After the success of BEAR FAMILY’s anthologies of Jones’ UNITED ARTISTS and MUSICOR recordings, we decided to take another shot at making sense of the frustrating tape logs and session contracts from Jones’ earliest sessions. Then we tried to fill in the multitude of missing pieces, and figure out who owned what. And then we commissioned Kevin Coffey to write what is surely the definitive account of Jones’ early years. Finally, we contacted the George Jones estate for their photos. The result: the last word on the early recordings of the first name in country music.