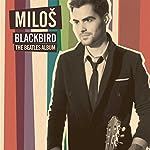 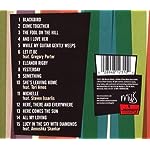 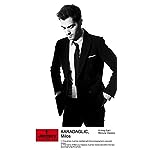 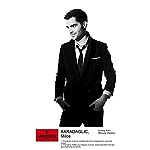 After delighting audiences with the core-classical heritage of the guitar in his three previous albums, award-winning guitarist Milos Karadaglic makes a thrilling new departure performing innovative new arrangements of songs by The Beatles. He collaborates with celebrated artists including Tori Amos, Gregory Porter, Anoushka Shankar, Sergio Assad and Steven Isserlis. Songs include Blackbird, Come Together, While My Guitar Gently Weeps, Eleanor Rigby, Fool on the Hill and many others.

Recording this album opened a door into a very different reality. It felt as if I was exploring an alter ego I never knew I had. –Milos

Recording an album of my favourite Beatles songs not only fulfilled a long-standing desire to explore this music, but also opened a door into a very new reality. In so many ways, this project allowed me to explore an alter ego I never knew I had says Milos. There were moments where I felt more like George Harrison and Jimi Hendrix than a classical guitarist. The intensity of the creative process has been more rewarding and more enveloping than I ever could have imagined. –Milos

Blackbird: The Beatles Album Erreur : SQLSTATE[HY000] [2002] No such file or directory