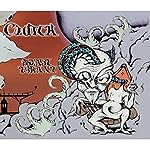 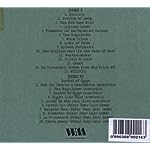 The long awaited third part in a series of three incredible CLUTCH re-issues is finally HERE, and this time the band and their label (Weathermaker) have thrown in the extra special value added twist!!! “BLAST TYRANT”, the classic 2004 release will be re-packaged as an epic 25 song double disc! In addition to original CLUTCH favorites like “The Mob Goes WUd”, “Profits of Doom”, “Weathermaker”, “Cypress Grove”, etc., this package contains the new 10 song bonus CD called “BASKET of EGGS”.
Featuring the first NEWLY recorded Clutch music in two years,
“Basket of Eggs” is split between the extremely rare, electric, post-“Pure Rock Fury” demos (recorded in 2002, mixed in 2011) and BRAND NEW acoustic style recordings just recently captured in January 2011.