Blood on the Tracks 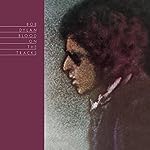 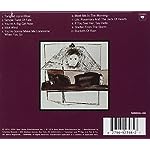 Bob reached the heights of his seminal Seventies work with this confessional 1975 classic featuring Tangled Up in Blue; Simple Twist of Fate; Idiot Wind; Lily, Rosemary and the Jack of Hearts , and 6 more.

Inevitably, when critics praise a new Dylan album, they label it the “best since Blood on the Tracks,” and with good reason. Inspired by a crumbled marriage, and recorded after a tour with the Band had apparently re-ignited his creativity, Blood is among Dylan’s masterpieces. The album’s epic songs are well known, but its real high points are the shorter numbers–“You’re a Big Girl Now,” the flawless blues “Meet Me in the Morning,” and the sweetly devastating “Buckets of Rain.” These are songs of “images and distorted facts,” each expressed through tangled points of view, and all of them blue. –David Cantwell