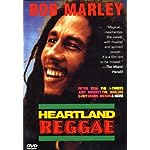 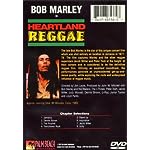 1. Jamaica 2. Dennis Brown 3. The Prophet 4. Trenchtown Rock 5. Stand Up 6. Inspiration 7. Jacob Miller 8. Unity Movie Description Reggae documentary of the One Love Peace Concert held in Kingston, Jamaica in 1978. In addition to the music, this film features the return to Jamaica of Bob Marley after a 16-month hiatus following an attempt on his life. Late, great reggae legend Bob Marley is joined by his acclaimed contemporary Peter Tosh and a dozen other reggae stars–including Jacob Miller, Dennis Brown, and Junior Tucker–in one of his finest concert performances. Filmed live in Marley’s homeland, Jamaica, in 1977 and 1978, HEARTLAND REGGAE is one of the most renowned reggae concert films that exists. Also included are several sequences in which the Rastafarian lifestyle and philosophy are discussed. Synopsis The film centers around Marley’s historic “One Love Peace Concert,” and captures Marley and other reggae stars Jacob Miller and Peter Tosh at the height of their careers. Shot entirely on location in Jamaica between 1977 and 1978, it is considered to be the definitive reggae film.

Bob Marley & The Wailers – Heartland Reggae Erreur : SQLSTATE[HY000] [2002] No such file or directory