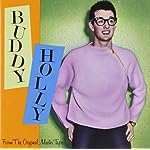 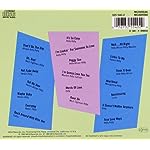 Though he was only 22 when he died in 1959, and had a recording career that lasted but three years, Buddy Holly remains one of the most influential figures in rock & roll history. A great stylist as well as ingenious synthesist, Holly forged a sound that combined elements of R&B, country, and pop, but was distinctly his own. To wit: such eternal classics as “That’ll Be the Day,” “Not Fade Away,” “Peggy Sue,” “Words of Love,” “It’s So Easy,” “Heartbeat,” and “Well…All Right”–all included in this 20-song package. At the time of his tragic death, he was moving in still new directions, hinted here by “Reminiscing” (with King Curtis on sax) and the string-aided “True Love Ways.” –Billy Altman