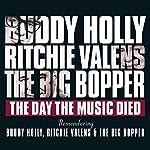 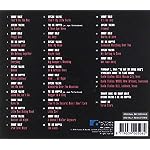 On February the third in 1959, rising American rock stars Buddy Holly, Ritchie Valens and J.P. “The Big Bopper” Richardson are killed when their chartered plane crashes in Iowa. Holly’s bass player, Waylon Jennings, was scheduled to fly on the plane but gave his seat to the Big Bopper, who was suffering from a cold. Buddy Holly’s guitarist Tommy Allsup agreed to flip a coin with Richie Valens for the remaining seat. Valens won. Later, this day became known as “The Day the Music Died,” after the lyrics in Don McLean’s 1971 song “American Pie.” Their hits at the time: The Big Bopper’s “Chantilly Lace”, Ritchie Valens’ “Donna” and Buddy Holly’s “Heartbeat” backed with “Well All Right”.