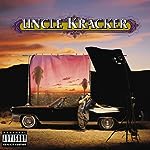 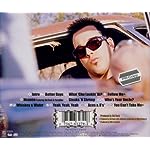 Known to friends and family as Matt Schafer, Kracker is the man behind the turntables in Kid Rock’s Twisted Brown Trucker band. Now this kickin’ DJ is ready to step out from the decks to take a piece of well-earned spotlight for himself. Produced by Kid Rock and engineered by Mike Bradford (known for his work with Madonna and Anita Baker), Kracker’s eponymous Top Dog/Lava/Atlantic debut was recorded on the back of the tour bus during Kid Rock’s co-headlining Summer ’99 trek with Limp Bizkit. The laidback Yin to Kid Rock’s thunderous metal Yang, Kracker serves up a tasty serving of Detroit rock ‘n roll stew, blending a little motown, country, southern rock and hip-hop. This diverse musical mix is topped off with the DJ/MC’s own flowing, loose-limbed, story-telling raps.