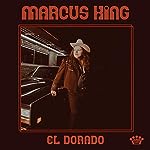 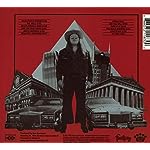 El Dorado, the mythical City of Gold is Spanish legend, the place where dreams come true. As the people willing to take that leap have discovered – the search can’t truly begin until you’ve learned to let go – of the past, of yourself. The debut solo album from Marcus King, El Dorado, is a revelation. Passionate, penetrating and deeply soulful, El Dorado weaves soul music, gospel, R&B and country into a something modern and classic. Teaming with producer Dan Auerbach (The Black Keys) for sessions at Auerbach’s Easy Eye Studio in Nashville, the pair co-wrote the 11 songs on El Dorado along with esteemed writers on various tracks including Pat McLaughlin, Paul Overstreet and Ronnie Bowman.

The 23-year-old Southern blues rocker strikes out on his own with a soulful new album produced Dan Auerbach of the Black Keys. The record is a real beauty – and a turning-point for King. –NPR Fresh Air

He used to be an insecure outcast. Now the guitarist is introducing southern rock to a new generation –Rolling Stone Magazine

Even this early in the year, ”El Dorado” already stands out as a definite high point of 2020 –Associated Press