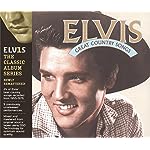 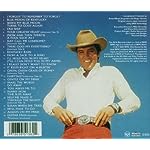 Elvis Presley was perceived as a country music newcomer in 1954, albeit an unorthodox one. In later years, regardless of how much pop fluff and insipid movie fare he recorded, country remained a vital touchstone. This generously programmed collection (including five previously unissued alternate takes) serves as a powerful reminder. It begins with the Sun recordings of “I Forgot to Remember to Forget” and “Blue Moon of Kentucky” and samples Elvis’s rocking, early RCA versions of beloved country tunes “When My Blue Moon Turns to Gold Again” and his childhood favorite, “Old Shep.” Elvis drew from all over the spectrum, covering Eddy Arnold‘s 1947 hit, “I’ll Hold You in My Heart,” along with the later “Green, Green Grass of Home,” “Help Me Make It Through the Night,” and “He’ll Have to Go.” A newer country cover, of Jerry Reed‘s “Guitar Man,” returned him to the hard-rocking style that many feared he’d abandoned. By drawing from across the board, this set offers a vital look at an often-underappreciated side of Presley. –Rich Kienzle