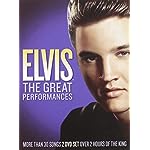 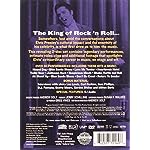 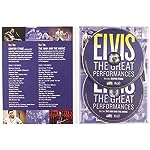 The ultimate DVD collection celebrating the life of Elvis Presley returns to the marketplace, after several years, boasting over 2 hours of remastered video, new packaging and never-before-seen interviews with legendary artists such as Jerry Lee Lewis and Carl Perkins along with others who were close to the beloved and undisputed King of Rock `n Roll. The two-disc Elvis: The Great Performances (Hip-O/SOFA Entertainment), released August 2, 2011, brings together classic performances spanning more than 20 years, from his first televised appearance that shocked a nation to a concert a few weeks before his death on August 16, 1977.

Elvis Presley: The Great Performances [DVD] Erreur : SQLSTATE[HY000] [2002] No such file or directory