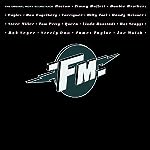 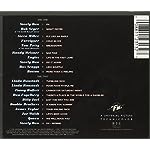 Appropriately the soundtrack for the 1978 movie FM feels like a radio play list of the era collecting songs from Joe Walsh Randy Meisner Boz Scaggs and other ’70s radio staples. Steely Dan’s title track Queen’s ‘We Will Rock You ‘ Bob Seger & the Silver Bullet Band’s ‘Night Moves ‘ Billy Joel’s ‘Just The Way You Are ‘ and Boston’s ‘More Than a Feeling’ are some of the highlights from this double-disc set which also includes tracks from Tom Petty & the Heartbreakers Foreigner and Linda Ronstadt all of whom also appeared in the film. Though FM itself wasn’t exactly a box-office smash its soundtrack is a surprisingly durable and entertaining collection of classic rock that is arguably better than many of the ’70s rock compilations available today. ~ Heather PharesOriginally released on MCA (12000).2 CD’s;Steely Dan Bob Seger Steve Miller Foreigner Tom PetPersonnel: Tom Petty (vocals guitar).Audio Remasterer: Elliott Federman.Unknown Contributor Roles: Silver Bullet Band;