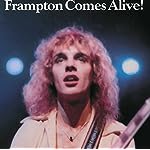 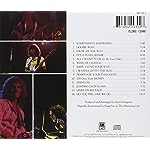 This album spent 97 weeks on the charts on its way to becoming the best-selling live recording of all time! Remastered from the original source tapes and compiled on one CD. This is ’70s rock!

If you were challenged to name five rock albums that epitomized the ’70s, Frampton Comes Alive! should probably top the list. Former Humble Pie guitarist Peter Frampton recorded a few perfectly fine albums with his band Frampton’s Camel, but it wasn’t until some of those tracks were recorded at a live performance in San Francisco and released as Frampton Comes Alive! that he became a household name. Buoyant pop, sentimental ballads, arena rock–this album has it all. The LP package set sales records and contained three bona fide radio hits (“Baby, I Love Your Way,” “Show Me the Way,” and “Do You Feel Like We Do?”), one of which, shockingly enough, was over 14 minutes long. No wonder that, to many, the two-and-a-half-minute songs of the Damned and the Sex Pistols felt like a breath of fresh air a year or two later. –Lorry Fleming

Frampton Comes Alive Erreur : SQLSTATE[HY000] [2002] No such file or directory