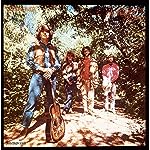 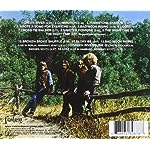 Digitally remastered and containing rare previously unreleased bonus material. Green River is the third album by American band Creedence Clearwater Revival, released in 1969. In 2003, the album was ranked number 95 on Rolling Stone magazine’s list of the 500 greatest albums of all time. Songwriter John Fogerty wrote the song, ‘Lodi’ about being trapped in a town called Lodi which is a town in California about 75 miles from Fogerty’s hometown of El Cerrito, Contra Costa County. The year 2008 marks the 40th anniversary of Creedence Clearwater Revival. The album is packaged in a beautiful digi-pak, faithfully recreating the original album packages in meticulous detail and the CD reissue contains expanded liner notes.