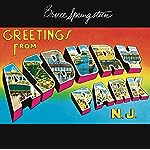 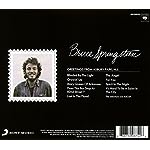 1973 debut album from the singer/songwriter who would later become one of the biggest superstars in the world. Features future classics like ‘Blinded By The Light’, ‘Growin’ Up’, ‘Spirit In The Night’ and ‘For You’.

In November 2014, Columbia Records/ Legacy Recordings released ‘Bruce Springsteen: The Album Collection Vol. 1 1973-1984,’ a boxed set comprised of re-mastered editions of the first seven albums recorded and released by Bruce Springsteen for Columbia Records between 1973 and 1984. NOW – These 7 titles are available individually on CD jewel case and feature artwork true to the original packaging.