Hooves of the Horses 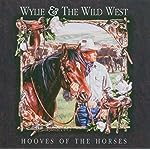 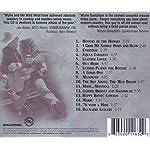 Known as the voice behind the Yahoo yodel Wyle Gustafson release his new album HOOVES OF THE HORSES. If you love country western music this is the album to hear.

Singing rancher Wylie Gustafson is a man to be envied. After all, he’s forged a modest but multifaceted career by pulling together the great loves of his life–horsemanship, ranching, and singing. The east Washington rancher has revived plenty of cowboy classics in the past; this time out, he turns his attention to the cowpoke’s favored mode of transportation. The title track, “Saddle Broncs and Sagebrush,” and slightly too grandiose “Equus Caballus” are poems set to music by Gustafson that salute the enduring nobility of horses. The Montana-born singer-guitarist contributes his own lyrics to the similarly themed “A Good One” and “Manolito.” While Hooves of the Horses is dominated by odes to noble steeds, Wylie also rounds up stray but ultimately sympathetic covers from Buddy Holly (“Everyday”), Johnny Cash (“Luther Played the Boogie”), and Tom Russell (“The Sky Above, The Mud Below”), and he works swing and mariachi touches into the lean but tasty arrangements. There’s not much new going on here, but sometimes singers, like horses, should be rewarded for their dependability. –Steven Stolder

Wylie Gustafson is not only a true romantic, he’s also a craftsman and a perfectionist – and one of the most consistently fine cowboy singers of his generation. –Michael McCall, Country Music Magazine