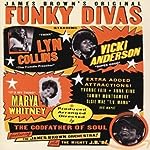 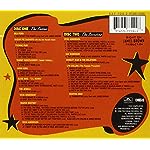 This long-overdue collection shines a light on the lesser-known side of James Brown’s musical empire: the ladies. And what ladies–seriously soulful songbirds like Lyn Collins (“The Female Preacher”), Vicki Anderson and Yvonne Fair, bawdy blues shouter Elsie Mae (“T.V. Mama”), and the unheralded Marva Whitney, who unleashes the hip-hop sample staple “Unwind Yourself.” There are also two tracks from a young singer named Tammy Montgomery, who after leaving Brown’s tutelage would sign with Motown and emerge as Tammi Terrell. From big hits like Collins’s “Think (About It)” to obscure singles such as Elsie Mae’s “Do You Really Want to Rescue Me, Part 1” (an answer to Fontella Bass’s “Rescue Me”), this two-CD anthology is sheer R&B heaven and essential for fans of gritty, hip-shaking, finger-wagging, “You better think, boy” anthems. –Amy Linden