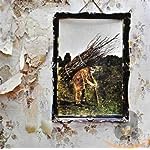 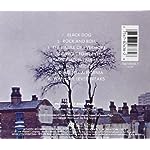 The acknowledged classic in their catalog, “Zoso” is also the album in which Robert Plant’s mystical concerns took center stage on The Battle of Evermore; Stairway to Heaven , and the lighthearted Misty Mountain Hop . But Stairway aside, the album’s real highlight is the downright scary When the Levee Breaks ; blues-rock never got better than this. From 1971.

Jimmy Page was a top London studio guitarist before he got rich and famous as the musical leader of Led Zeppelin. The group’s fourth–and arguably their finest–album is as much a tribute to his technique as a monument to his versatility. Page produced the album, co-wrote all eight songs, and played mandolin as well as all the guitars. Musically, this 1971 disc ranges from acoustic English folke (“Goin’ to California” and “The Battle of Evermore,” the latter featuring the late Fairport Convention frontwoman Sandy Denny) to bone-crushing, bluesy riff-slinging. On the album’s centerpiece, “Stairway to Heaven,” these light and dark strains are dramatically intertwined. The chiming “Four Sticks” aside, it’s the Little Richard-inspired “Rock and Roll” and the tricky time changes–a Zeppelin trademark–of the fast-and-furious “Black Dog” that elevate this album into more than just a bustle in aspiring guitarists’ hedgerows. –Don Waller