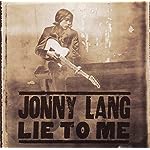 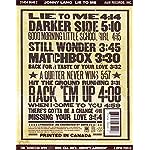 Jonny Lang cut his debut album in Memphis when he was just 15, and, upon its release in 1996, the guitar prodigy from Minneapolis instantly became one of the leading lights of modern blues. He’s a fast and flashy player whose approach rests equally on technical assurance and musical intelligence. Sizing up a dozen songs, he gets a pleasing, razor-sharp sound out of his ax while building excitement in his lead lines–thankfully, he steers clear of cliché and bombast. As a fledging singer, he acts out the lyrics of Ike Turner’s age-old shuffle “Matchbox” and his own romantic ballad “Missing Your Love” with surprising poise and believability. Kudos to producer David Z for surrounding Lang with alert, first-rate sidemen and for helping select good material from Turner, Sonny Boy Williamson, Tinsley Ellis, and others. –Frank-John Hadley