Many Faces Of The Rolling Stones / Various 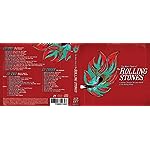 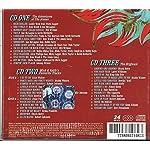 Three CD collection. The Rolling Stones have become the reincarnation of rock itself, being the representation, both musically and in terms of image and behavior, what rock and roll represents. In The Many Faces Of The Rolling Stones, we will highlight their side-projects, their roots, their favorite songs and even a brand new song, which becomes and event in itself, for all the Stones’ fans around the world. The idea sounds wonderful right?. Well, The Many Faces Of The Rolling Stones will meet the expectations of even the most demanding Stones fan. We have a lost recording by Leslie West (Mountain’s guitarist) with Mick Jagger playing guitar, a duet by Keith Richards with Ian McLagan (Faces’ keyboardist), and also the hard-to-find single versions of Bill Wyman’s solo hits. Also we have Mick Jagger and Keith Richards all-time favorite songs (handpicked by themselves), and an extremely rare track titled Catch As Catch Can, that was released only in a limited edition in France as a 7″ and never previously available on CD single, by musician and producer Robin Millar (Eric Clapton, Peter Gabriel, Sade) recorded in 1973 along with Mick Taylor, Bobby Keys and Mick Jagger!!!. finally, we have the originals versions of the best songs the Stones covered during his long and illustrious career.

Many Faces Of The Rolling Stones / Various Erreur : SQLSTATE[HY000] [2002] No such file or directory