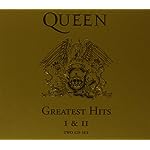 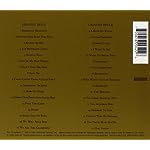 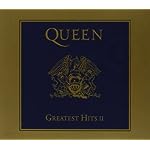 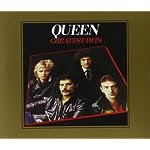 This double-disc anthology supplants all previous hits collections with a 40-page color booklet and 34 tracks packaged inside a gold box. Bohemian Rhapsody; Killer Queen; We Are the Champions; Crazy Little Thing Called Love; Another One Bites the Dust; We Will Rock You; Under Pressure; You’re My Best Friend every top tune.

Queen brought a whole new meaning to the phrase over the top. While rock & roll flamboyance stretched back at least as far as Little Richard, Freddie Mercury continued to camp it up, taking little seriously and smirking at the music’s growing pretensions while partaking in them no small bit. Many of the band’s singles hold up extremely well, later tracks such as “Hammer to Fall” as much as prime-era numbers such as “Bohemian Rhapsody,” “Killer Queen,” and “You’re My Best Friend.” The quartet’s canny sense of melody and sophisticated vocal harmonies–not to mention Mercury’s raised eyebrow–have traveled well through the years. –Rickey Wright