Respect: The Very Best of 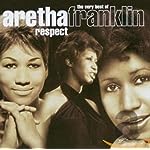 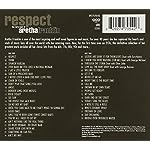 Import only two CD collection. Respect features all the classic songs by the original Queen of Soul, Aretha Franklin. Rooted in a gospel tradition that was to inform her soul-charged sound, her impact on American pop music was profound. It was the run of late-’60s Atlantic hits featured here (‘Respect’, ‘Chain of Fools’, ‘I Say a Little Prayer’) that made her a star, but as this Best of shows, there was plenty more to come. Aretha was discovered all over again by a new generation in the ’80s thanks to her role and performance (‘Think’) in the hit musical the Blues Brothers. Riding high on a wave of success, duets with latter day icons followed like the epic “I Knew You Were Waiting” with stubble-faced George Michael and the anthemic ‘Sisters Are Doing It for Themselves’ with self-proclaimed diva Annie Lennox. Respect is certainly due to the remarkable talent of Aretha Franklin and this double disc anthology thoroughly represents the diva in her full majesty. Warner.