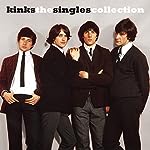 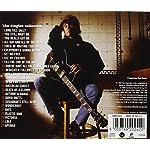 2008 digitally remastered reissue of this collection from the quintessential ’60s British Rock/Pop band led by singer/songwriter Ray Davies. Originally released in 1997, this selection of their ’60s recordings for Pye Records is the perfect introduction to the world of the Davies brothers and the honest sound of British Rock during this period. The Kinks’ ’60s recordings have been extremely influential for generations of bands, beginning with the Punk and Mod movements of the late ’70s onwards. Features 25 hits including ‘Lola’, ‘David Watts’, ‘You Really Got Me’, ‘Tired of Waiting for You’ and ‘All Day And All of the Night’. Sanctuary.

Singles Collection Erreur : SQLSTATE[HY000] [2002] No such file or directory