Singles – Had the Beatles Read Hunter 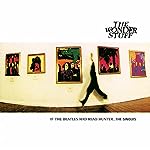 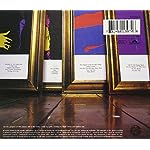 A posthumous collection of all of The Wonder Stuff’s singles from 1987 to 1993, plus a cover of Slade’s ‘Coz I Love You’ from a charity compilation, If The Beatles had Read Hunter… The Singles is both a fine starting point and, for most, all The Wonder Stuff they’ll ever actually need. Albums one and three, 1988’s the Eight-Legged Groove Machine and 1991’s Never Loved Elvis, are solidly entertaining (in wildly differing styles) throughout, but the rest of the group’s output was fairly inconsistent. However, in the classic Brit-pop tradition pretty much all of the band’s very best material, from the Kinks-like, music hall-style tune ‘The Size of a Cow’ to the manic buzz of ‘Give Give Give Me More More More’, was released as singles. There are a couple of iffy inclusions, particularly the frankly terrible version of Tommy Roe’s ‘Dizzy’, recorded in collaboration with British comedian Vic Reeves, but overall, this is a solid, completely representative overview. Those whose curiosity is stoked would do well to buy the Eight-Legged Groove Machine next. 2005.