Somewhere Over the Rainbow: The Best of Israel Kamakawiwo’ole 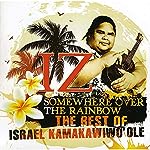 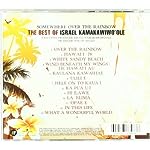 Compilation from the late Hawaiian vocalist, best known for his unique (and extremely popular) interpretation of ‘Somewhere Over the Rainbow’. One of Hawaii’s most famous performers, Brother Iz didn’t achieve worldwide fame until after his death in 1997. Since then, his ukulele-led medley of ‘Somewhere Over the Rainbow’ and ‘What a Wonderful World’ has sold millions of copies and has been featured in numerous films, TV shows and commercials the world over. This collection gathers together some of his best performances in one place.

Somewhere Over the Rainbow: The Best of Israel Kamakawiwo’ole Erreur : SQLSTATE[HY000] [2002] No such file or directory