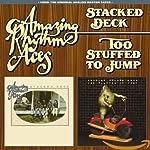 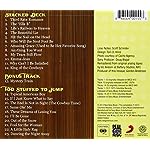 With their unique blend of Memphis soul, country and pop, Stacked Deck and Too Stuffed to Jump have long been hailed as two of the finest country rock albums of the ’70s, but their availability has been spotty, as contractual reasons (the Amazing Rhythm Aces recorded for ABC but the masters ended up being controlled by Sony) delayed their release on CD, and the twofer that offered both albums has been out of print for several years. Now, Real Gone Music is giving this pair of classics a sonic makeover, as both albums appear here remastered together by Vic Anesini at Sony’s own Battery Studios in NYC from the original analog master tapes for the first time! Plus, as a bonus track we’ve added the non-LP cut “Mystery Train,” which was the B-side to their big hit “Third Rate Romance.” ’70s southern rock expert Scott Schinder supplies the notes. Essential stuff from Russell Smith and crew!

Stacked Deck/Too Stuffed to Jump Erreur : SQLSTATE[HY000] [2002] No such file or directory