That’s The Way It Is Legacy Edition 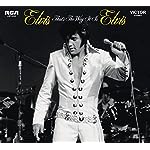 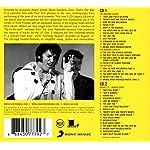 This 2 CD Legacy Edition of Elvis: That’s The Way It Is features an expanded version of the original RCA album. Added is four single sides from the period and a selection of “fly-on-the-wall” outtakes from the June Nashville sessions that produced the majority of tracks for the LP. Disc 2 features a previously unreleased concert from Elvis’ 1970 “Summer Season’ recorded on August 12. The 24-page booklet features an insightful essay, photos and memorabilia.

This new 2-CD Legacy Edition of the album Elvis: That’s The Way It Is that accompanied the film directed by Denis Sanders celebrates this memorable era in the career of Elvis Presley with an expanded version of the original Gold-certified RCA release.