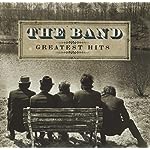 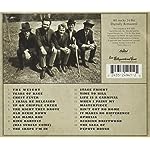 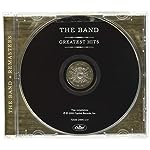 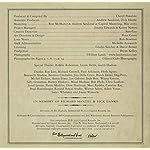 Ex-Band members Levon Helm, Robbie Robertson and Garth Hudson supervised this release, which does an impressive job of boiling down some of the greatest rock albums ever into one 18-track collection. Four tracks each from Music from Big Pink (The Weight; Tears of Rage; Chest Fever; I Shall Be Released ) and The Band (Up on Cripple Creek; The Night They Drove Old Dixie Down; Rag Mama Rag; King Harvest ) join 10 more from their other classic LPs. Essential.

It seems odd that the Band emerged in 1968, defying the counterculture’s extravagant rejections of U.S. culture with literary, often Southern-tinged musical and lyrical vehicles. Hearing this 18-song anthology, with its heavy weighting toward the Canadian quintet’s first three albums–Music from Big Pink (four tunes), The Band (five tunes), and Stage Fright (three tunes)–what still stands out is the Band’s command of yearning vocal harmonies, their sense of plainly laid melodies that reveal acoustic depth, and a nostalgia for an imagined American culture. With all their quirkiness and the advance of Robbie Robertson as their centerpiece, the Band lost their celebrated place in the rock pantheon within a decade. This set, which opens so magnificently with “The Weight,” “Tears of Rage” (cowritten with Dylan), and the big organ-vamping “Chest Fever,” declines rather steeply on the final tracks, “Acadian Driftwood” and “The Saga of Pepote Rouge.” Up till then, however, this set is fantastic. –Andrew Bartlett

The Band Greatest Hits Erreur : SQLSTATE[HY000] [2002] No such file or directory