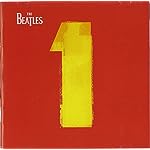 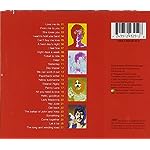 Proving yet again their willingness to dice ‘n’ slice their burgeoning legacy into new–if not exactly fresh–product, the Fab Four Minus One have released this single-disc compendium of their No. 1 hits. Though obviously superfluous to the faithful (who may also find themselves quibbling over the precise definition of “No. 1 hit” and the exclusion of seeming contenders like “Please Please Me” and “Strawberry Fields”), newly arrived visitors from the Pleiades star cluster and other neophytes will find it a concise and generous (nearly 80 minutes) single-disc introduction to the band’s career-spanning, unparalleled dominance of pop music in the 1960s. But beyond being a mere trophy case of commercial success (and it won’t be hard to find critics who’ll argue that these singles aren’t even the band’s best work), it’s also a Cliff’s Notes take on a remarkable seven-year run of musical evolution, one that stretches from the neo-skiffle of “Love Me Do” through a remarkable synthesis of R&B, rockabilly, Tin Pan Alley, gospel, country, and classical that still defies efforts to effectively deconstruct it. This is the pop monument equivalent of the ’27 Yankees and ’90s Bulls; it’s every bit as obvious and dominating–and just as essential. –Jerry McCulley