The Best Of Bobby Womack 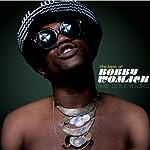 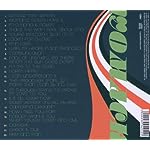 2008 marks the 40th anniversary of Bobby Womack’s music career. He was a major soul superstar throughout the 70’s with songs such as ‘Across 110th Street’, ‘California Dreamin”, ‘Woman’s Gotta Have It’, ‘Harry Hippie’ and many more. The Best Of Bobby Womack – The Last Soul Man gathers together 22 digitally remasteres tracks, including his chart hits and classic tracks. Still recording and performing at the age of 64, Bobby Womack is a true soul survivor, a musical torchbearer of life’s trials and hardships. “I’m still writing music,” says the music legend. “It’s impossible to always rise to the occasion, but it’s important that when the spirit has you, you work with it. That’s when you have something to say – not because you’re under pressure to prove to somebody that you’re still here and valid.” EMI. 2008.