The Best Of The ’68 Comeback Special (CD) 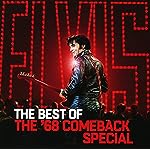 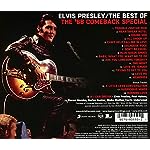 An ideal set for longtime Elvis fans and newcomers, “The Best of the ’68 Comeback Special,” comprises the Elvis recordings and performances that inspired the upcoming tribute and showcases a new version of the legendary closing number, “If I Can Dream,” as heard in the new special — featuring Elvis’ original vocals alongside new performances by Carrie Underwood, Shawn Mendes, Post Malone, Darius Rucker and Blake Shelton. The album features 15 Elvis performances from the “stand-up” and “sit-down” shows filmed for the ’68 broadcast, plus three original studio recordings to represent songs that appear in the new special.

Click on the product image above to see the complete track listing.