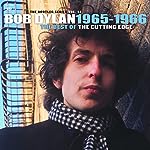 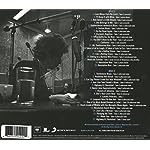 Between 1965 and 1966 Bob Dylan recorded three albums that many believe changed the course of modern music: Bringing It All back Home, Highway 61 Revisited and Blonde on Blonde.

The Cutting Edge 1965-1966: The Bootleg Series Volume 12 takes you inside the studio during the recording of those three albums. With a staggering wealth of unreleased songs, outtakes, rehearsals and alternate versions – The Cutting Edge provides a unique insight into a legendary icon’s creative process.

1. 2-CD featuring the best of Bob Dylan’s unreleased studio recordings from 1965 and 1966, Includes alternate versions of songs such as ‘Like A Rolling Stone’, ‘Desolation Row’, ‘Visions Of Johanna’ and ‘Highway 61 Revisited’. Packaged with a 60-page booklet with exclusive photography and liner notes.