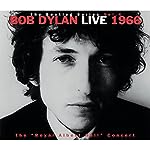 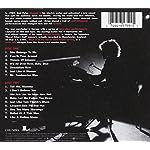 In 1965, Dylan went electric. The resulting world tour created controversy wherever he went, winding up with a series of confrontational shows in Europe, of which this is the most notorious. The group has roared through classics like Just Like Tom Thumb’s Blues; One Too Many Mornings , and Ballad of a Thin Man to a definite mixed reaction. Suddenly a shout rings out in the crowd: “Judas! Judas!” Dylan responds in kind: “I don’t believe you. You’re a liar.” He then turns to the musicians and says, off mike but clearly audible, “Play [email protected]#$ing loud!” With perfect timing, the band (that is, The Band) crashes into a furious eight-minute Like a Rolling Stone and the rest, ladies and gentlemen, is history. This 2-CD set contains the complete concert, mastered from two different sets of tapes, includes a 56-page booklet.

The greatest live recording in rock & roll history was–officially, at least–buried in the vaults of Columbia Records for more than a quarter of a century. But no more: Live 1966: The “Royal Albert Hall” Concert has surfaced on two discs mixed and mastered from three-track source tapes that put the myriad pirated recordings to shame. More important, Live 1966 documents a momentous artistic showdown between a willful, inflamed, and utterly fearless performer and his headstrong core following. The Dylan of the mid ’60s had made the leap from socially conscious voice of his generation to surrealistic electric poet, a transformation that was met with contempt by a vocal element of his audience. The most telling moment of the recording centers on the standoff: A folk zealot in the audience shouts, “Judas!” earning cheers from the contentious crowd. Dylan responds by snarling, “I don’t believe you. You’re a liar,” then turns to his group, the Hawks (soon to become the Band), and, as the intro to “Like a Rolling Stone” takes shape, commands, “Play loud!” A crucial moment and, time has demonstrated, the correct call. –Steven Stolder

…[His] screw-you goodbye is … a vicious, exhilarating reminder that rock & roll … once had the power not only to bind but to divide, to be a weapon of argument and vengeance. — Rolling Stone

…[T]he acoustic stuff feels more powerful than the electric because of the stripped-down resonance of the songs. You can almost hear the breathtaken reverence in the crowd, agog at the genius in their midst…. [T]his isn’t just folk music, rock music or protest music. It’s sweet, sour and sublime soul music. — New Musical Express

…[T]he music Dylan made with the Hawks remains vital and startling and indelible, charged with the strangeness of the moment and the timelessness of genius. Dylan and the Hawks confronted their listeners with music that was at once deeply grounded and untamed, as trusty as the blues and as reckless as a band of sleepless, cocky, drugged-out renegades could make it. — The New York Times

…[T]his remarkable album captures all the energy, anger and in-your-face artistry on display that night. Even 32 years later, the performances here are powerful enough to make this album among the best releases of 1998. — ASIN:

From the snarl of Robbie Robertson’s guitar to the carnival- carousel tone of Garth Hudson’s organ to the prodding sneer of Dylan’s voice, it’s a joyful mess, reflecting Dylan’s own precarious mental health and his need to leave the folk ghetto. — Entertainment Weekly