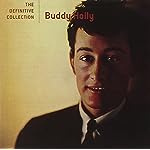 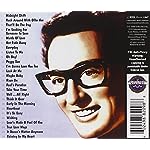 It always seems instructive to begin any discussion of Buddy Holly’s much-deserved place in pop music pantheon by noting that at the time of his death in that fateful February 3, 1959 plane crash that also claimed the lives of Ritchie Valens and J.P. ‘The Big Bopper’ Richardson, Holly was not yet even halfway past his 22nd birthday, and had been in the limelight for scarcely more than a year and a half. Nonetheless, few legacies have proven as durable, or as daunting, as this archetypal Southwestern youth who, through his songs and style, captured no only the lightning-in-the-bottle excitement of the rock ‘n’ roll revolution going on around him in the 1950’s, but also the imagination of generations of performers to come. MCA. 2006.

The Definitive Collection Erreur : SQLSTATE[HY000] [2002] No such file or directory