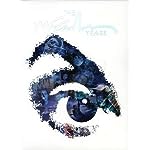 Spanning four decades THE McCARTNEY YEARS is a three volume DVD collection, featuring some of the world¢¬¢s best-loved music that has become the soundtrack to all our lives. VOLUME ONE and VOLUME TWO contain the definitive collection of McCartney music videos. Starting in the 1970s with Paul McCartney’s first solo single Maybe I’m Amazed, the DVD includes the Wings promo video for Band On The Run as well as hits from the 1980s such as Say Say Say, and the 1990s with The World Tonight. It finishes with 2005¢¬¢s Fine Line. The films can be viewed either in chronological order or as play-lists that have been personally arranged by Paul featuring his exclusive voiceover commentaries. VOLUME THREE includes live performances taken from three classic McCartney live shows; ROCKSHOW filmed on Wings¢¬¢ 1976 World Tour, new edits of Paul¢¬¢s seminal UNPLUGGED in 1991 and Paul¢¬¢s now legendary headlining performance at 2004¢¬¢s GLASTONBURY Festival. THE McCARTNEY YEARS is also packed with bonus features and extra never before seen footage and performances, including Let It Be from LIVE AID, archive interviews with Melvyn Bragg and Michael Parkinson, alternative versions of music videos and the full-length 2005 documentary Creating Chaos at Abbey Road. Paul has recorded exclusive commentary and personal introductions for each promo video and each live concert. This collection has been meticulously restored and all films polished, re-graded and given a new lease of life in Widescreen format with re-mastered stereo audio and for the first time the original recordings re-mixed into 5.1 surround sound. THE McCARTNEY YEARS includes over 40 promo videos and over two hours of live performances.

It’s rather incredible to ponder the fact that with the release of The McCartney Years in late 2007, Paul McCartney has now been making recordings in various mediums for the better part of 40 years–and that’s not even including the decade he spent as a member of the world’s greatest band. And while some may quibble about certain details of the content and presentation, this three-disc set, packed with videos, concert footage, interviews, documentaries, and more, will surely satisfy the vast majority of Sir Paul’s loyal subjects. The dozens of videos, occupying the first two discs and spanning the years from 1970 (“Maybe I’m Amazed,” ten years before the emergence of MTV) to 2005 (“Fine Line”), can be viewed in either chronological order or as programmed by Macca himself. Ranging from straight lip-synced performances to various conceptual films, they are a decidedly mixed bag. In some cases (e.g. “London Town”), the songs are superior to the clips, while in others, the reverse is true (“Coming Up,” a lightweight tune but a delightful video in which McCartney portrays everyone from Buddy Holly to Sparks keyboardist Ron Mael). Sometimes both the song and the video are terrific (“Take it Away” features Ringo Starr on drums, producer George Martin on piano, and a cameo by actor John Hurt; “Band on the Run,” a creative pastiche of photos, film effects, and other media, suggests that the band in question was The Beatles, not Wings), while some fail on both counts (John Lennon might have had the likes of “C-Moon” in mind when he referred to McCartney’s ’70s output as “all pizza and fairytales”). Of the three concerts included on Volume Three, the best (and shortest) comes from a 1991 Unplugged show and features lovely versions of “Every Night” and “And I Love Her”; Rockshow spotlights Wings on tour in ’76, and the 2004 gig in Glastonbury, England features McCartney’s excellent current band (a good show, but the playlist isn’t nearly as adventurous as, say, 2005’s Live in Red Square). Extras include McCartney’s commentary on several of the videos; footage from Live Aid in ’85 and the Super Bowl in ’02; and, accompanying every DVD menu, various raw and unreleased live and studio performances of obscurities like “Blackpool.” The late Linda McCartney is featured throughout, of course, and if The McCartney Years is a de facto tribute to his first wife, as one reviewer has suggested, it’s a more than fitting one. –Sam Graham

The McCartney Years Erreur : SQLSTATE[HY000] [2002] No such file or directory