The Roots Of The Rolling Stones 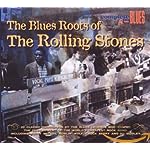 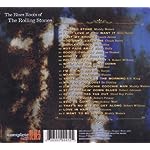 It’s hardly a state secret that The Rolling Stones started out as a blues cover band in 1962, and that the blues has always underpinned their long career, even as they flirted at different times with pop, disco, and reggae touches. The blues was always the touchstone, and this 22-track collection dips into some of the band’s obvious influences, beginning with the Muddy Waters track “Rolling Stone,” a version of Robert Petway’s “Catfish Blues” (which is also included here) that gave the group its name, and reaching through to songs like Robert Wilkins’ “That’s No Way to Get Along,” which appeared on the Stones’ Beggars Banquet album as “Prodigal Son,” and Robert Johnson’s “Love in Vain,” which the Stones’ covered wonderfully on Let It Bleed. Even setting The Rolling Stones connection aside, this set makes for a varied little survey sampler of the different strains of the blues, from the swampy, lazy malaise feel of Slim Harpo’s “I’m a King Bee” to the blastoff electric slide guitar riff that drives Elmore James’ “Dust My Broom” (one could make a strong case that this track exemplifies everything the Stones aspired to be) and the Bo Diddley roots of Buddy Holly’s “Not Fade Away,” the song that first broke the Stones to an American audience. Again, it’s no secret that these songs provided the template for the band that the Stones became, so in that sense this set isn’t exactly revelatory, but hearing these original versions underscores just how strongly the Stones absorbed, expanded, and relied on the blues every step of the way. It is revealing, even if it isn’t much of a surprise. ~ Steve Leggett, Rovi

The Roots Of The Rolling Stones Erreur : SQLSTATE[HY000] [2002] No such file or directory