The Very Best of Emmylou Harris: Heartaches and Highways 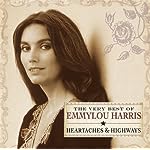 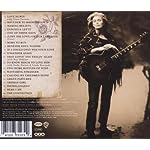 Masterful at rock, country, folk, bluegrass, and more, Emmylou Harris is one of the most distinctive and visionary voices in contemporary music. The artist’s lucid, achingly gorgeous vocals and a string of celebrated albums-many featuring her acclaimed “Hot Band”-have earned Harris eleven Grammys and made this alt-country/roots-rock innovator a legend in her own time.

Less than two years after the death of her mentor, Gram Parsons, Emmylou Harris recorded her first album for Reprise. Pieces of the Sky inaugurated a suite of four mid-’70s albums and a surprising number of hits: her sound was clearly traditional, but also tastefully up-to-date with folk-rock and singer/songwriter styles, and her crystalline, febrile vocals took standards such as “Love Hurts” and “If I Could Only Win Your Love” back up the charts. This compilation brings together her biggest hits, and shows why Harris is important and why she continues to make adventurous country music. Through unfailingly tasteful song selection, brilliant occasional songwriting, and her cool, velvety soprano, Harris extended Gram Parsons’s vision of “cosmic American music” and made it her own. –Roy Kasten