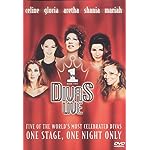 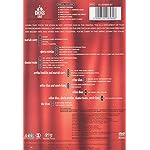 Five of the greatest female voices of our time have assembled for this once-in-a-lifetime gathering. This VH1 program includes selections like, “My All,” “Turn The Beat Around,” “You’re Still The One,” “My Heart Will Go On,” and many others.

Once an appellation reserved for high-flying operatic stars, the diva has gone mainstream in recent decades, mirroring pop music’s post-rock recovery of glitz, glamour, and theatrical hyperbole. Where once there was but a handful of pop divas, fans can now find a growing legion of contenders, a trend underscored by this 1998 cable special originally produced for VH1. The show’s producers start with the title’s high concept (five divas, one stage!), add an admirable if shrewd charity hook (the better to recruit platinum stars without prohibitive fees), and provide fans with an otherwise straightforward revue, interspersed with introductory cameos from film and television actresses.

For the starring quintet’s fans, VH1 Divas Live is hard to disparage: Celine Dion, Gloria Estefan, Shania Twain, and Mariah Carey provide the requisite combination of beauty, high-ticket sartorial glamour, and stage drama, and their brief sets hew to their biggest hits. Beyond that common formula, these four do diverge somewhat, Dion and Carey most closely following the mannered tradition of the prima donna, Estefan (who, between songs, admits her bemusement at inclusion) offering an earthier and less calculated variant, and the nominally country-oriented Twain rounding out the headliners as a diva-in-the-making, perfectly packaged if vocally more modest.

Still, it’s the show’s “old timers” who remind us of what’s too often missing from today’s diva–the emotional largesse that fans crave, and an underlying sense of true worldliness. The fifth featured diva, Aretha Franklin, has never achieved conventional glamour, but what she offers in vocal power and career prestige enables Lady Soul to cast a long shadow across the entire show, even when her actual performances are duets or ensembles. And Carole King, also along for duets and ensemble spots, is even less to the diva manor born, a quintessential singer-songwriter even when draped in an elegant black suit, but her longstanding credibility likewise translates to pole position here. –Sam Sutherland