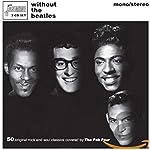 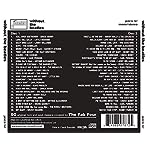 During February 2014, America celebrated the 50th anniversary of ‘The British Invasion’ when The Beatles appeared on The Ed Sullivan TV show and changed the course of pop music forever. Although American teenagers embraced The Beatles sound as a new and exciting genre of music, it was initially based on US Rock and Roll. So across this 2CD set we present 50 original classics of US Rock and Roll, Pop, R&B and Soul recordings that The Beatles would later go on to cover and sell back to America. Artists include Little Richard, Carl Perkins, The Everly Brothers, The Isley Brothers, Buddy Holly, Chuck Berry, Elvis Presley, Eddie Cochran and more!